The TRUTH Behind the RENT vs. BUY Debate 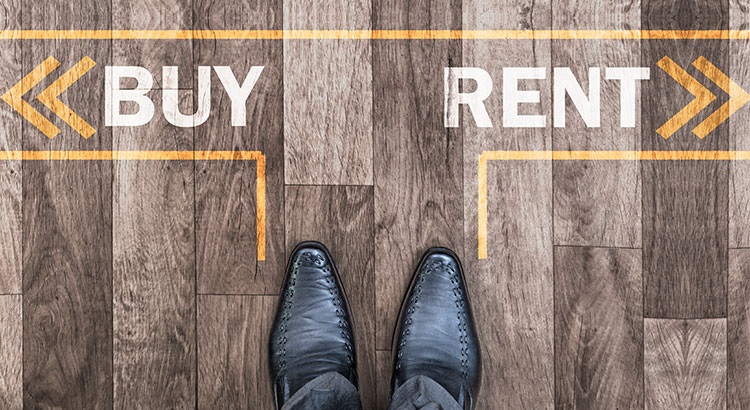 In a blog post published last Friday, CNBC’s Diana Olnick reported on the latest results of the FAU Buy vs. Rent Index. The index examines the entire US housing market and then isolates 23 major markets for comparison. The researchers at FAU use a “‘horse race’ comparison between an individual that is buying a home and an individual that rents a similar-quality home and reinvests all monies otherwise invested in homeownership.”

1. The Title
The CNBC blog post was titled, “Don’t put your money in a house, says a new report.” The title of the press release about the report on FAU’s website was “FAU Buy vs. Rent Index Shows Rising Prices and Mortgage Rates Moving Housing Markets in the Direction of Renting.”

Now, we all know headlines can attract readers and the stronger the headline the more readership you can attract, but after dissecting the report, this headline may have gone too far. The FAU report notes that rising home prices and the threat of increasing mortgage rates could make the decision of whether to rent or to buy a harder one in three metros, but does not say not to buy a home.

2. Mortgage Interest Rates are Rising
According to Freddie Mac, mortgage interest rates reached their lowest mark of 2017 last week at 3.89%. Interest rates have hovered around 4% for the majority of 2017, giving many buyers relief from rising home prices and helping with affordability.

3. “Renting may be a better option than buying, according to the report.”
Of the 23 metros that the study reports on, 11 of them are firmly in buy territory, including New York, Boston, Chicago, Cleveland, and more. This means that in nearly half of all the major cities in the US, it makes more financial sense to buy a home than to continue renting one.

The 3 remaining metros Dallas, Denver and Houston, have experienced high levels of price appreciation and have been reported to be in rent territory for well over a year now, so that’s not news…

Beer & Cookies
One of the three authors of the study, Dr. Ken Johnson has long reported on homeownership and the decision between renting and buying a home. The methodology behind the report goes on to explain that even in a market where a renter would be able to spend less on housing, they would have to be disciplined enough to reinvest their remaining income in stocks/bonds/other investments for renting a home to be a more attractive alternative to buying.

Johnson himself has said:

“However, in perhaps a more realistic setting where renters can spend on consumption (beer, cookies, education, healthcare, etc.), ownership is the clear winner in wealth accumulation. Said another way, homeownership is a self-imposed savings plan on the part of those that choose to own.”

Bottom Line
In the end, you and your family are the only ones who can decide if homeownership is the right path to go down. Real estate is local and every market is different. Let’s get together to discuss what’s really going on in your area and how we can help you make the best, most informed decision for you and your family. Call me today 301-367-7877 or click here to schedule a no obligation meeting. You have nothing to lose but a new HOME to gain!